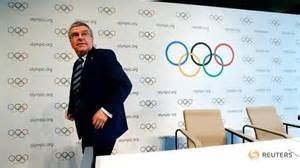 Sunday the International Olympic Committee President, Thomas Bach, made the decision to NOT ban the entirety of Russian athletes from the Summer Olympics even after reviewing evidence the entire state of Russia was cheating and doping their athletes intentionally to win medals at the previous Olympic games.  The decision is another dark spot on sport federations across the globe including FIFA’s deceit, cheating and scamming and the National Football League’s denial of domestic abuse and concussion problems with current and retired players.  It is no wonder we have lost trust in our institutions including our governments.

Here is what happened over the weekend. The President of the IOC decided not to ban the entire Russian Team from the summer games in Rio starting in two weeks.  The decision seems contrary to common sense.  The decision was made after the IOC reviewed startling evidence by the World Anti-Doping Agency finding the Russians had spent years disguising doping by its athletes. The investigation, led by a Canadian lawyer, found overwhelming evidence of cheating by not only the Russian athletes but the Russian Federation.  The IOC looked at the clear evidence and decided the Russians will be subject to more rigorous drug testing.  What kind of message does this send to other countries who sponsor cheating through their national Olympic federations?  What the decision says to all is the IOC does not take doping seriously.  If they don’t, why would anyone else!  The right thing to do was to ban the Russian Federation from the summer games.

President Bach took the easy route and played politics instead of deciding and doing the Right Thing.  The difference in leaders you can trust verses those you can’t is trustful leaders do what is right no matter the cost.

People are waiting and watching you as a leader to see which way you will go.  So is your conscience.

Lead.  Do the right thing!