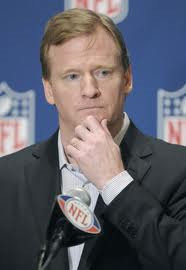 What valuable lessons have we learned from the NFL Commissioner and his actions before and after the video was released on Monday showing Ray Rice hitting his fiancé and knocking her out cold in the Atlantic City hotel elevator?

In conclusion, we have learned a great deal about how leaders should and should not respond to and act in a crisis situation.  Here is what leaders should do. Leaders need to quickly assess the situation and get ahead of it. They also need to be humble and realize, depending on the situation it could severally impact the organization in a negative manner.  Leaders need to obtain information from all access points and then communicate to the proper stakeholders what will done and why. Don’t delegate this responsibility to someone in corporate communications or to other staff members.  This is your job as the leader.  Take responsibility and ownership.  State the facts of the situation and what you are planning to do in response. Avoid shifting the blame, minimizing the problem, or stonewalling, all of which will further erode trust.  Demonstrate your actions that will make it right.  Show your stakeholders that you are following through on your communications.  Action will reinforce your key communications and help restore trust.  If mistakes are made, admit and tell the truth.  Keep your audience up to date and communicate how the situation is progressing.  Do the right thing and tell the truth and things should take care of themselves.